*Try to look unimportant; the enemy may be low on ammo and not want to waste a bullet on you.

*Never share a foxhole with anyone braver than yourself.

*Never forget that your weapon was made by the lowest bidder.

*If you are short of everything but the enemy, you are in the combat zone.

*No combat ready unit has ever passed inspection.

*No inspection ready unit has ever passed combat.

* If the enemy is within range, so are you.

*Professional soldiers are predictable; the world is full of dangerous amateurs.

*Military Intelligence is a contradiction.

*The side with the simplest uniforms wins.

* Combat will occur on the ground between two adjoining maps.

*The most dangerous thing in the world is a Second Lieutenant with a map and a compass.

*The more a weapon costs, the farther you will have to send it away to be repaired.

*Every command which can be misunderstood, will be.

*The more stupid the leader is, the more important missions he is ordered to carry out.

*Never tell the Platoon Sergeant you have nothing to do.

*No battle plan ever survives contact with the enemy.

*The most dangerous thing in the combat zone is an officer with a map.

*The quartermaster has only two sizes, too large and too small.

*There is nothing more satisfying that having someone take a shot at you, and miss.

*Never screw over a buddy; you'll never know when he could save your life.

*Complain about the rations all you want, but just remember; they could very well be your last meal.

*Medals are OK, but having your body and all your friends in one piece at the end of the day is better.

*Thousands of Veterans earned medals for bravery every day. A few were even awarded.

*Hope for the best, but prepare for the worst.

*If you survive the extraordinary things, it will often be the little things that will kill you. 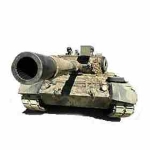